The Chichester Music Academy opened at Globe House (opposite Chichester Station) in September 2011. The business is owned by Directors Nick Davidson (Managing), Harry Wilson and Angie Daniels, along with Solictor/Guitarist Paul Johnson and West-End Session Musician Dave Holmes. Whether you are an absolute beginner trying to get off the ground or an accomplished player looking to move to the next level, our experienced tutors will help get you there in our relaxed and stylish studios. We look forward to enabling you to reach your potential through our enjoyment and enthusiasm for music. 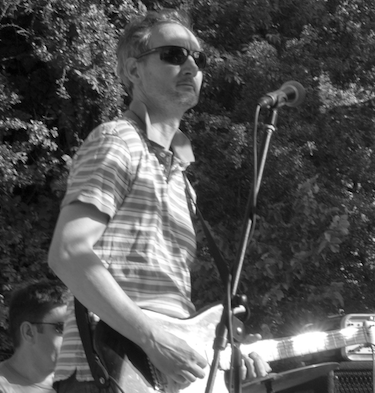 Nick, a Director of Chichester Music Academy, is a passionate guitarist. He spent years performing in, managing and promoting bands, in the UK and overseas, as well as co-running a live music venue in the 90's, before moving into Corporate events. Nick is also Founder / Trustee of local Music Charity Ovation Music. 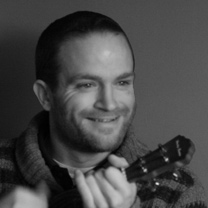 Harry Wilson, a Director of Chichester Music Academy, is a guitarist with extensive performance and songwriting experience. Harry also holds a PGCE in Primary Education and also provides private tuition in maths. 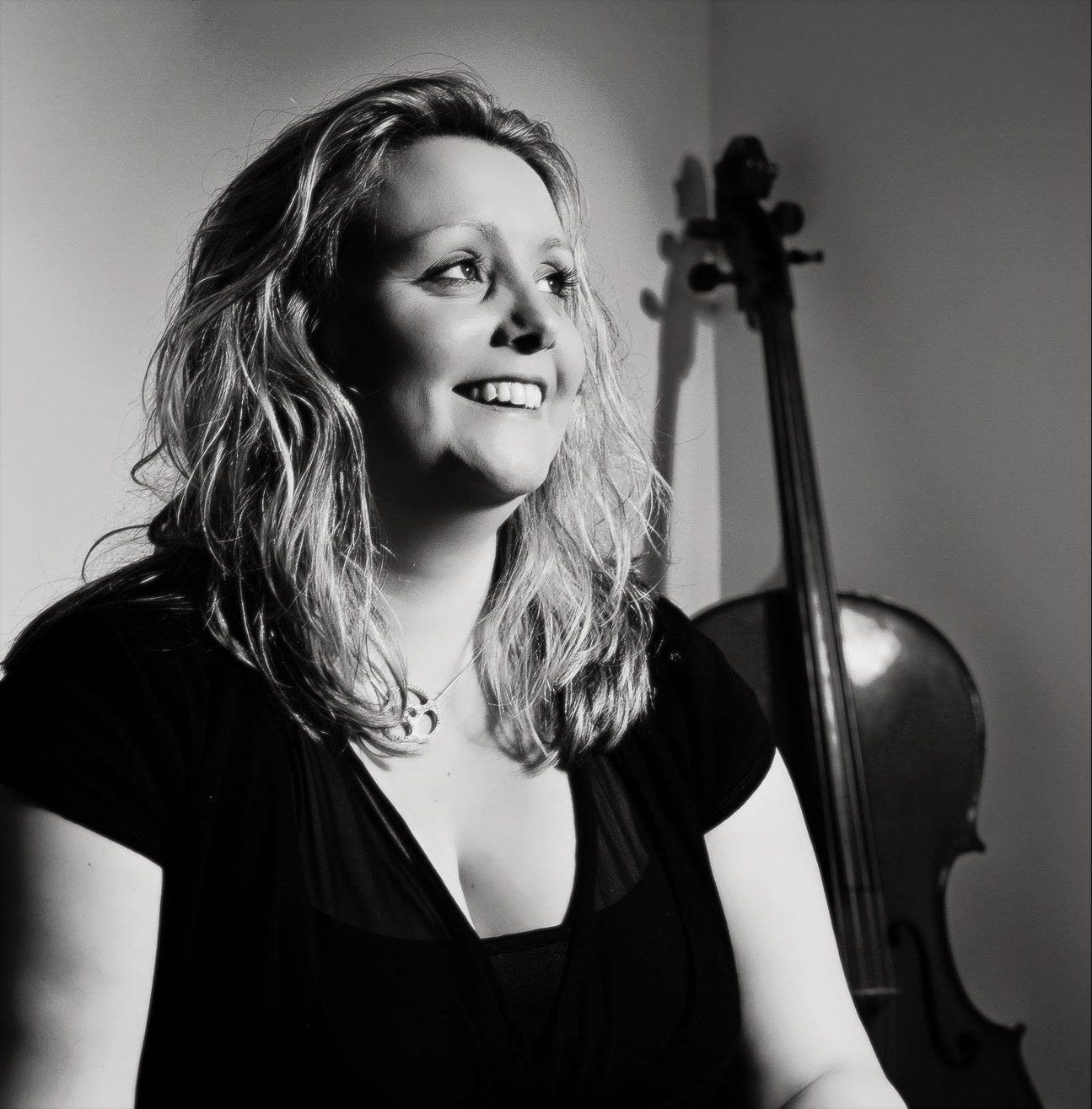 Angie, a Director of Chichester Music Academy, has been teaching piano, singing and cello since graduating with a Degree in Fine Art and Music in 2000. Although trained classically herself, she has adopted a broader spectrum of teaching, engaging pupils in pop/rock, musicals, songwriting and music production. 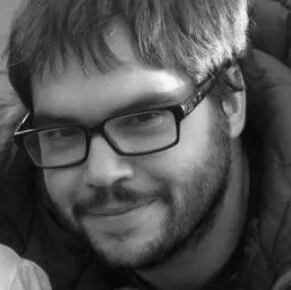 Will holds a degree in music from Chichester University and has taught piano in the local area since graduating in 2004. He is a Licentiate of Trinity College London and an Associate of the Royal Schools of Music (with distinction). He has also written album reviews for an international music publication. 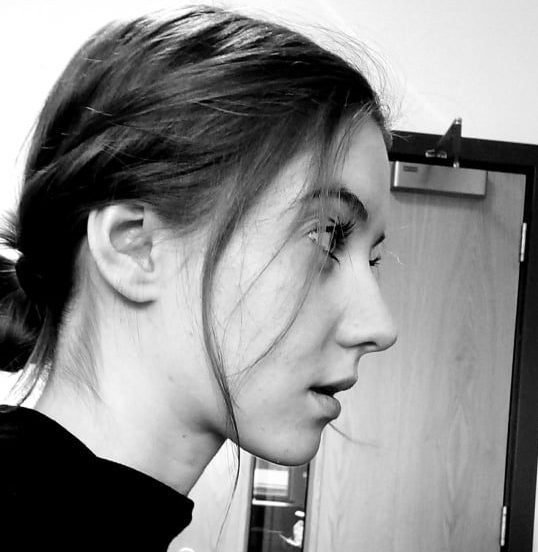 Alice has 15 years experience singing, playing piano and performing. She has just finished her degree in Vocals with Piano as second study, and she feels passionately about sharing her love of music with others, believing anyone can overcome personal boundaries and build confidence by learning to sing or play an instrument. 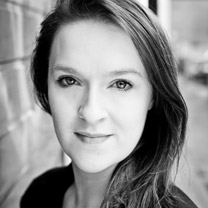 George is a professional vocal coach and performer. Her styles including pop, jazz, gospel, and folk and she relishes working in depth with singers to build their voice and confidence. She has worked on large creative vocal projects and festivals across the country and is in high demand as a choral and musical director. 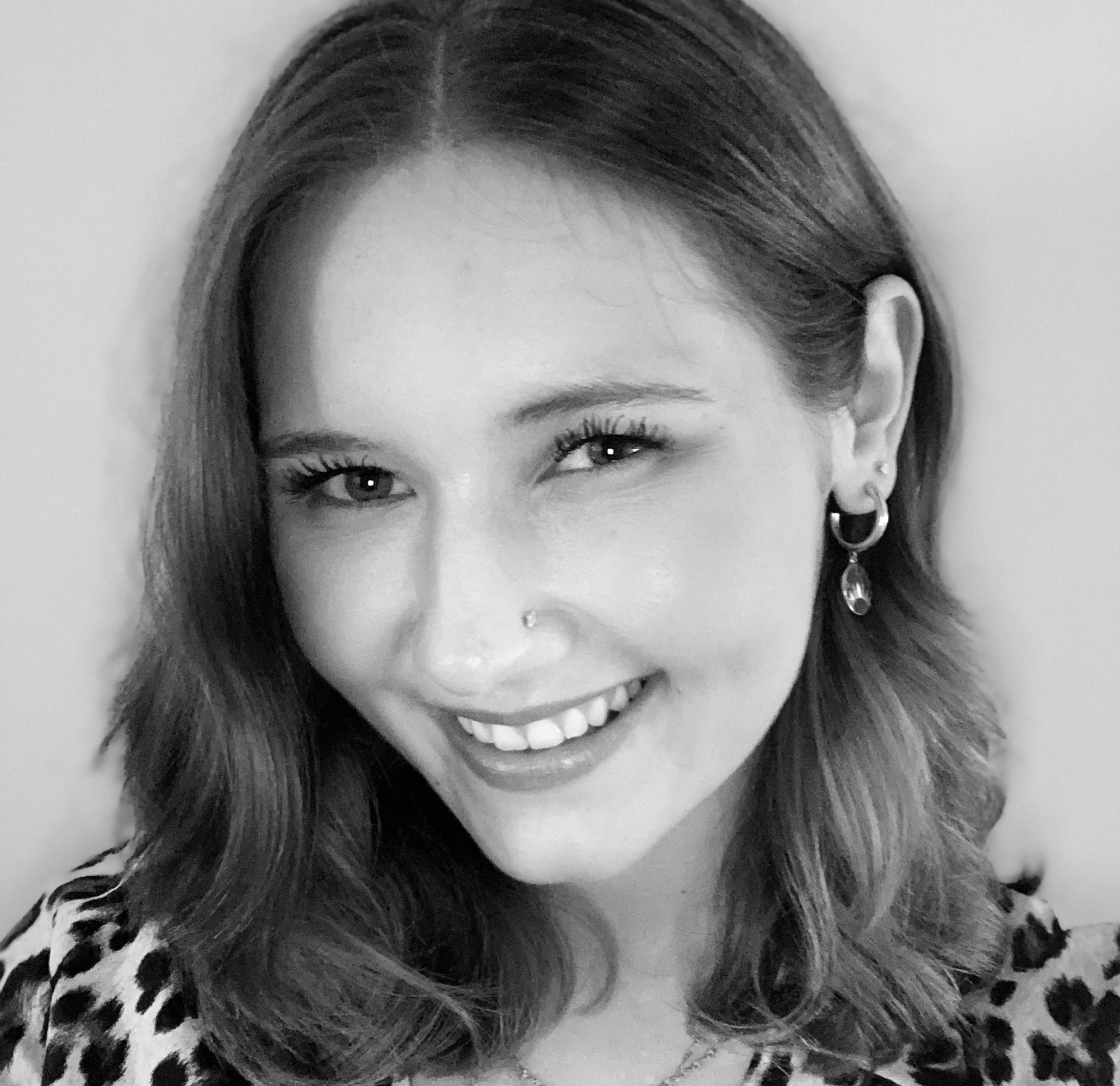 Heather has over 10 years experience as a vocalist, working in the styles of jazz, musical theatre, and pop. She has worked professionally with a wide variety of ensembles including big bands and orchestras, as well as in more intimate settings. Heather believes that music should be accessible and enjoyable for everyone. 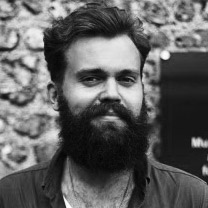 Murray is a professional vocal/songwriting tutor and has been writing and performing music for over 16 years and holds a BA Honours Degree in music and a PGCE. He teaches a wide variety of vocal styles and works with students to improve their confidence and live performance techniques. 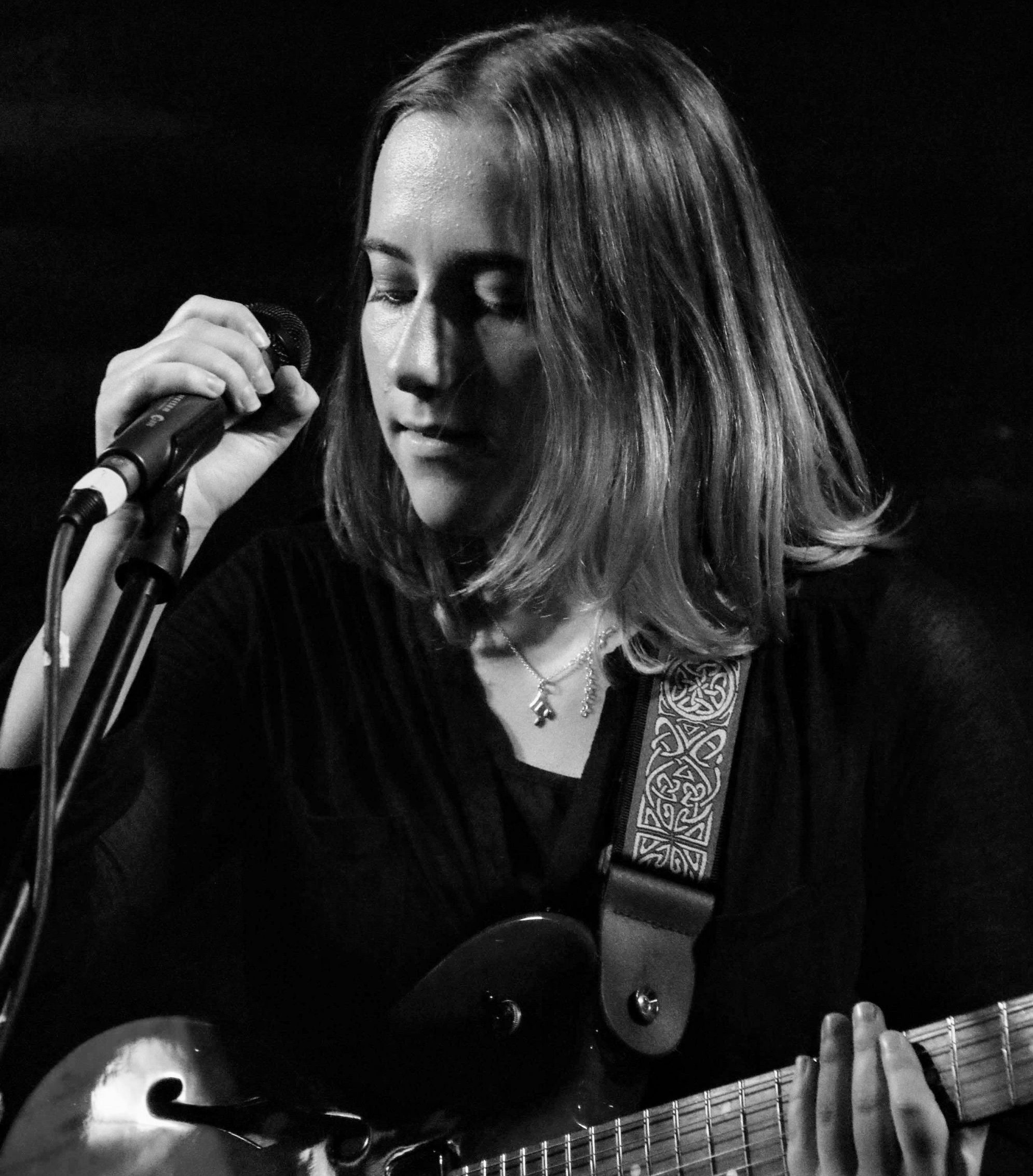 Alice is a singer/songwriter and multi instrumentalist. She fronts her own originals band as well as collaborating with other artists as an arranger/composer and backing vocalist. Having obtained a first class honours degree in Professional Musicianship, she is now studying for a masters specialising in Jazz Vocals. 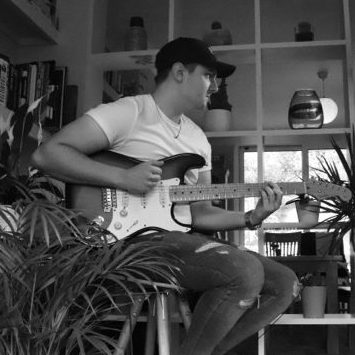 Tom is a passionate musician who is versatile in many fields and is experienced in teaching and performing. He completed his degree in Professional Musicianship at BIMM Brighton, and continues to work with local bands and musicians. 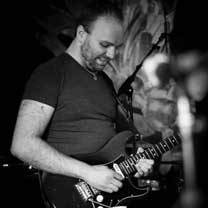 Jack is a guitarist who specialises in Funk and Jazz, but is also well versed in Classical, Blues and Rock. Jack likes to inspire and enthuse his pupils and make sure they learn what they want, whether its a graded syllabus, a certain genre of music or all their favourite songs. 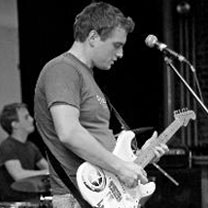 Dave has been playing and teaching guitar in the local area for over 15 years, and has also spent 10 years in the music retail industry. His numerous live performances have included appearances at venues and festivals across the South coast. 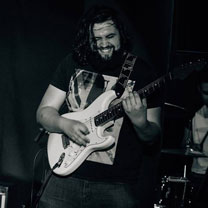 Matt is a passionate guitarist, having started playing at the age of 7. He studied musical composition at university and performed in professional bands, exposing him to many styles of music including funk, blues and rock. Matt also writes and performs his own music alongside his teaching. 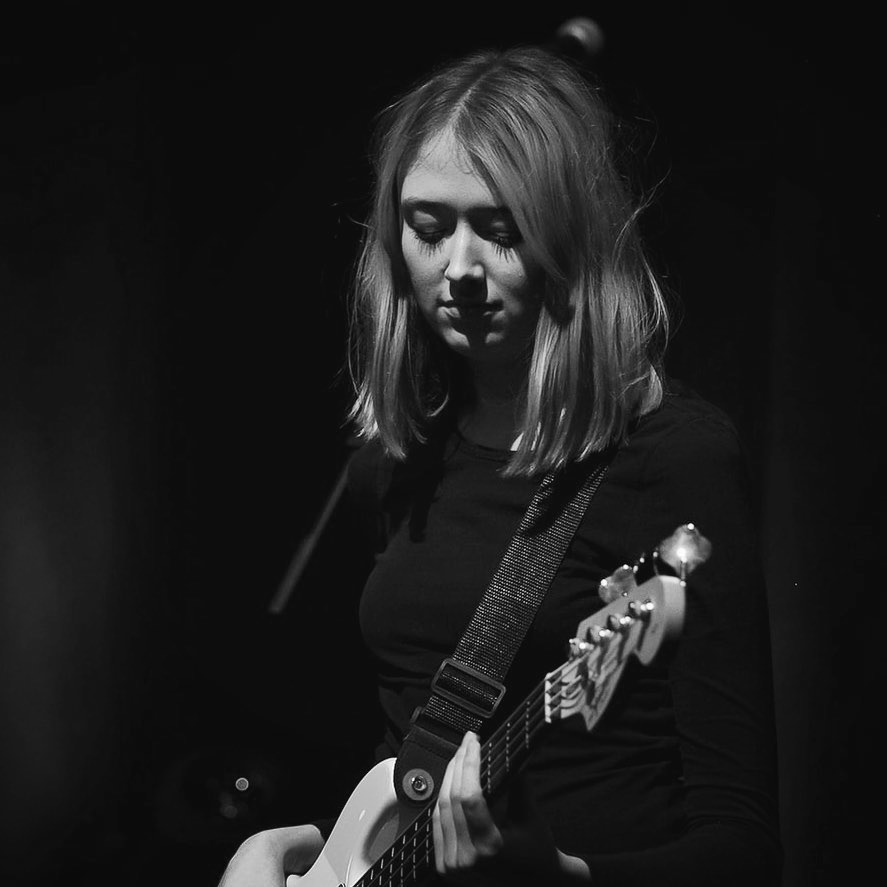 Immy has been fronting bands, and performing solo, from age 14. She is currently lead singer and rhythm guitarist in the Brighton-based original band 'Lobster Pot', and has recently obtained a first class degree in Commercial Music. 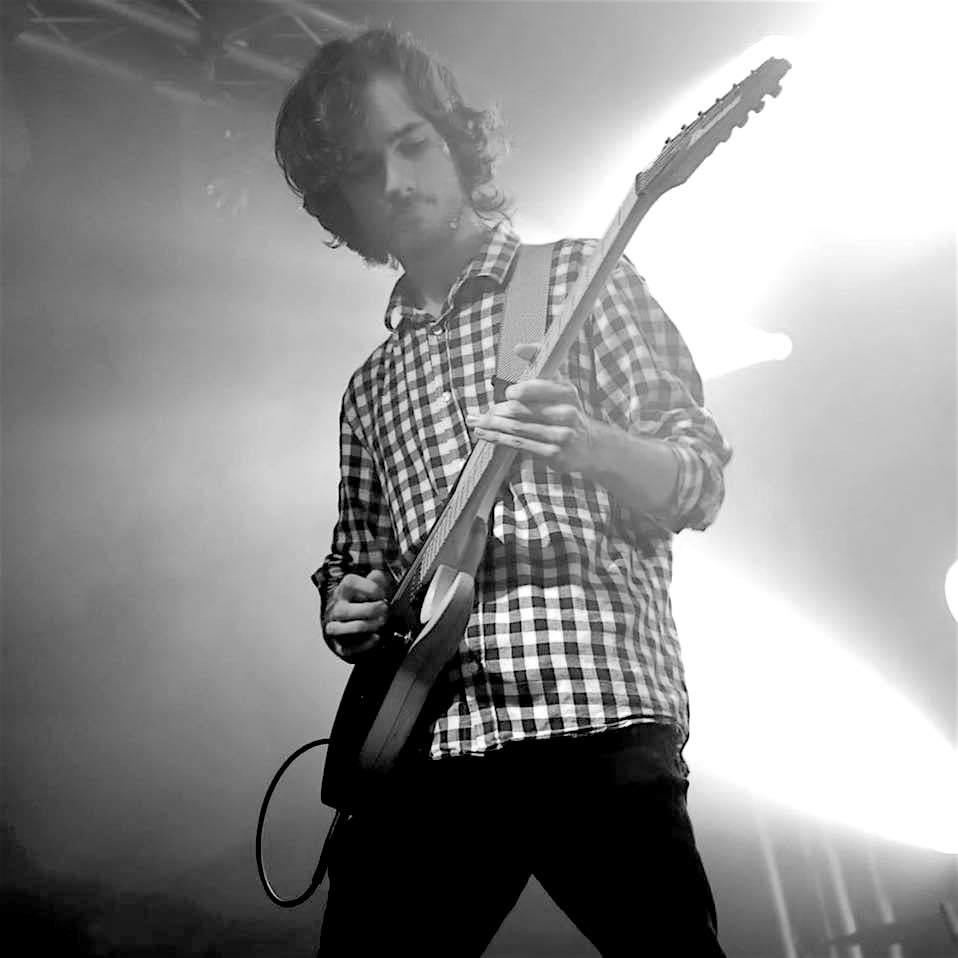 Henry has been playing guitar from a young age, with a passion for many styles of music including; rock, funk, soul, jazz and blues. He has experience performing in bands around the south coast, as well as session work. Henry has recently completed a degree in commercial music at Waterbear in Brighton. 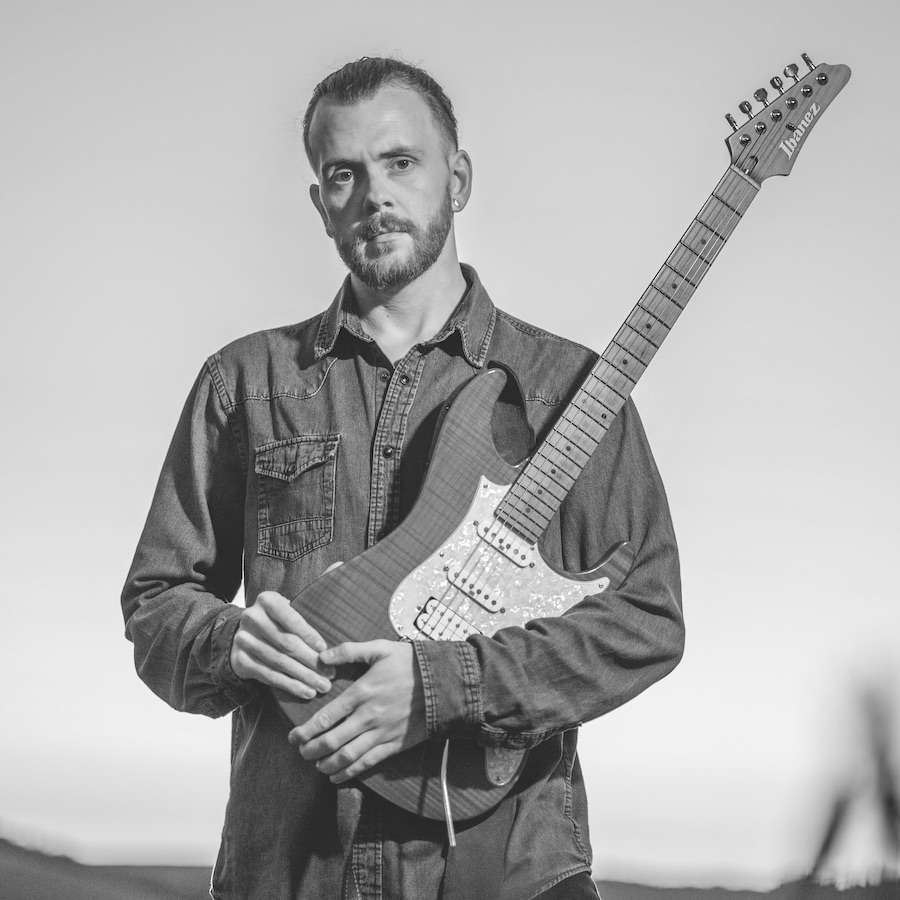 Sam is a Session Guitarist, Demonstrator and Educator. Head of Guitar at WaterBear Collage of Music and Writer in UK Tech Metal Band ‘Mask of Judas’. He also writes his own solo material and creates guitar related content for YouTube. 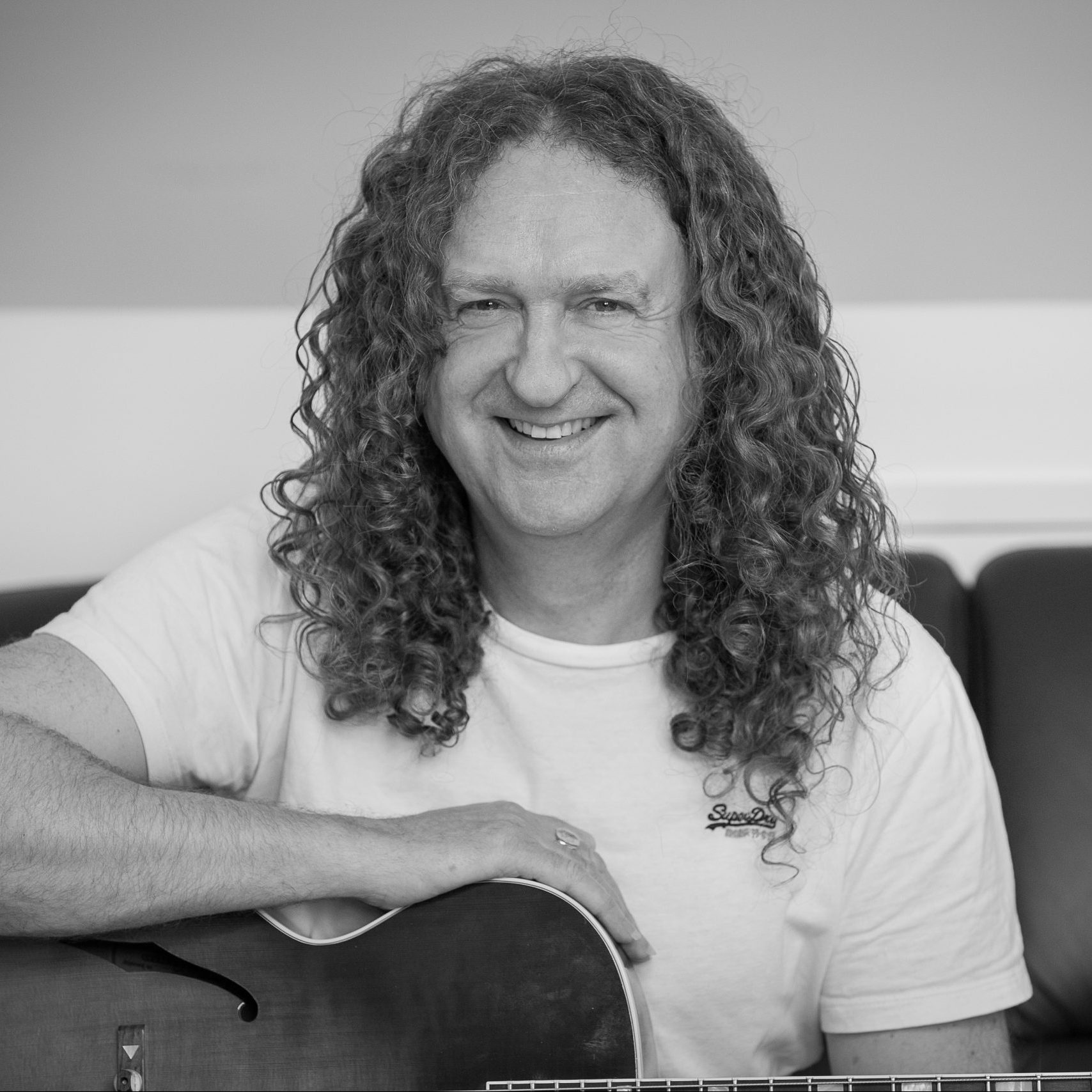 Dave has a wealth of experience as a leading Session Guitarist. He has worked with Brian May, Pete Townshend, Lady Gaga, Lionel Ritchie, Jon Bon Jovi, Shirley Bassey and Seal (to name just a few!). Dave is currently lead guitarist in West End show Tina the Musical, and has performed in numerous other shows. 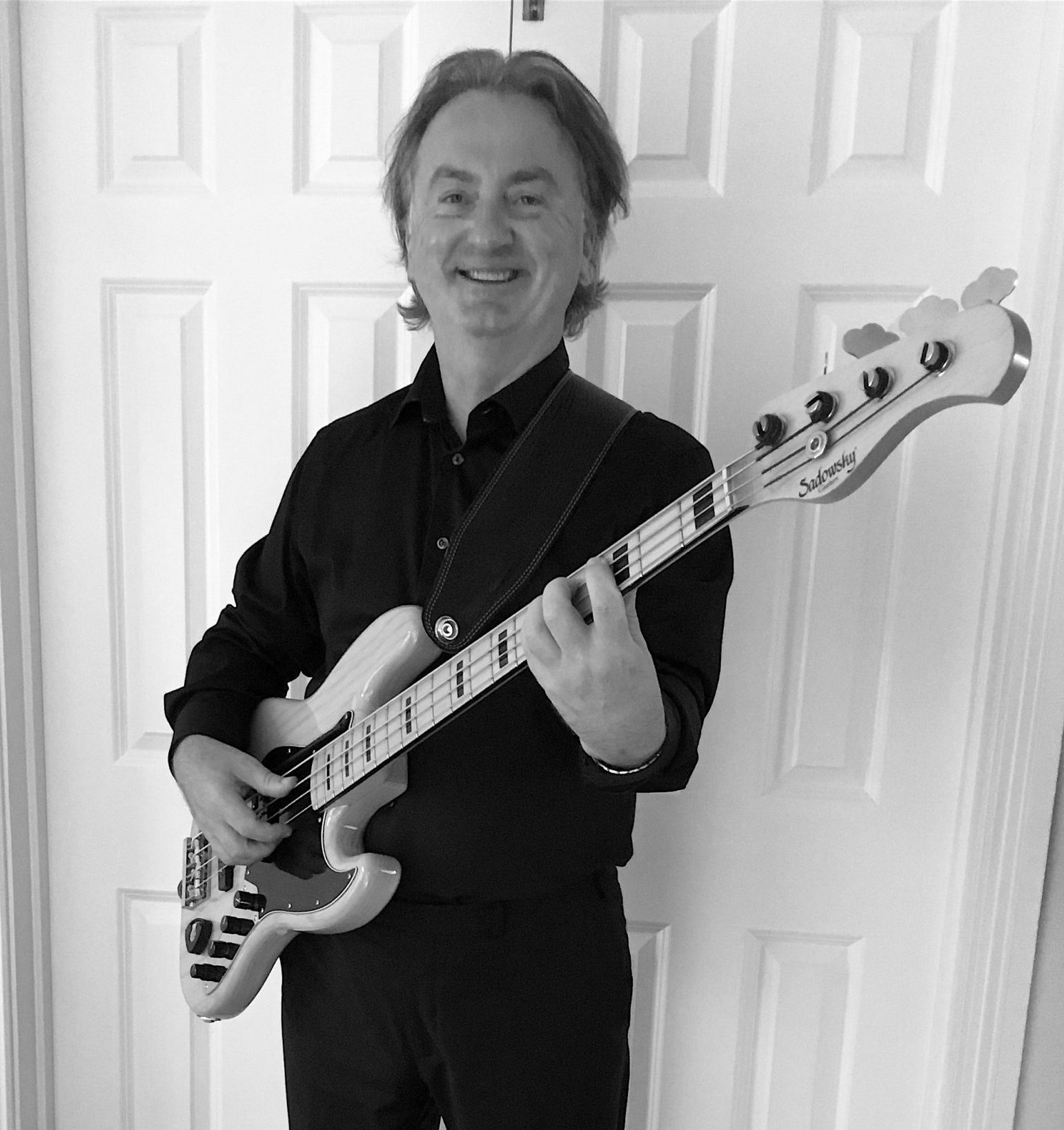 Pete has been playing for over 40 years in a semi-pro/ pro capacity and after completing his PGCE in Musical Education served 24 years in full-time teaching at Chichester College. He still performs locally, and afar, in several bands on bass guitar and upright bass. 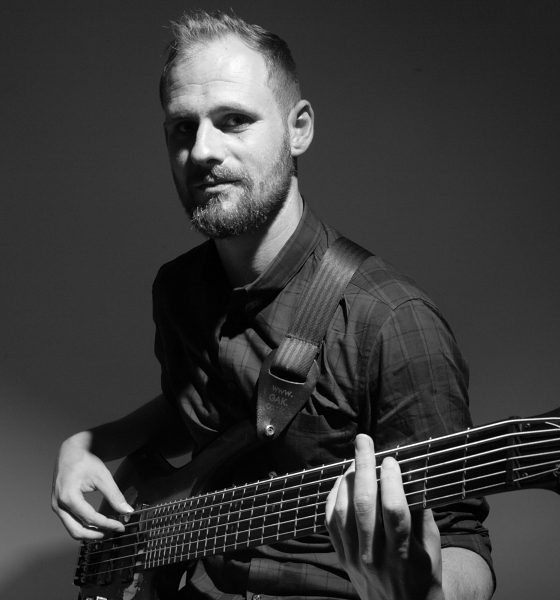 Gareth studied at both BIMM and University of Chichester, he has considerable experience playing live venues and festivals across the country, studio sessions, and an insight into the industry having had national press and airplay in the past. 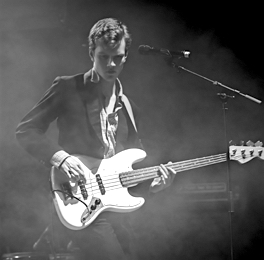 Olly Meredith is a Funk/Jazz bassist. Olly’s primary influences include Pino Palladino and Anthony Jackson, largely both for their creativity and versatility on electric bass. He is currently studying Jazz at the Guildhall School of Music in London, and he gigs and records regularly in London and Brighton. 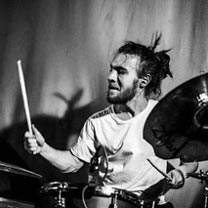 Rich is an enthusiastic, motivated and passionate drum teacher with over 10 years teaching experience. He's also been performing for over 15 years, playing many different styles all over the UK, as well as recording sessions in top London studios. Rich can also accompany students on bass to help develop rhythm section techniques. 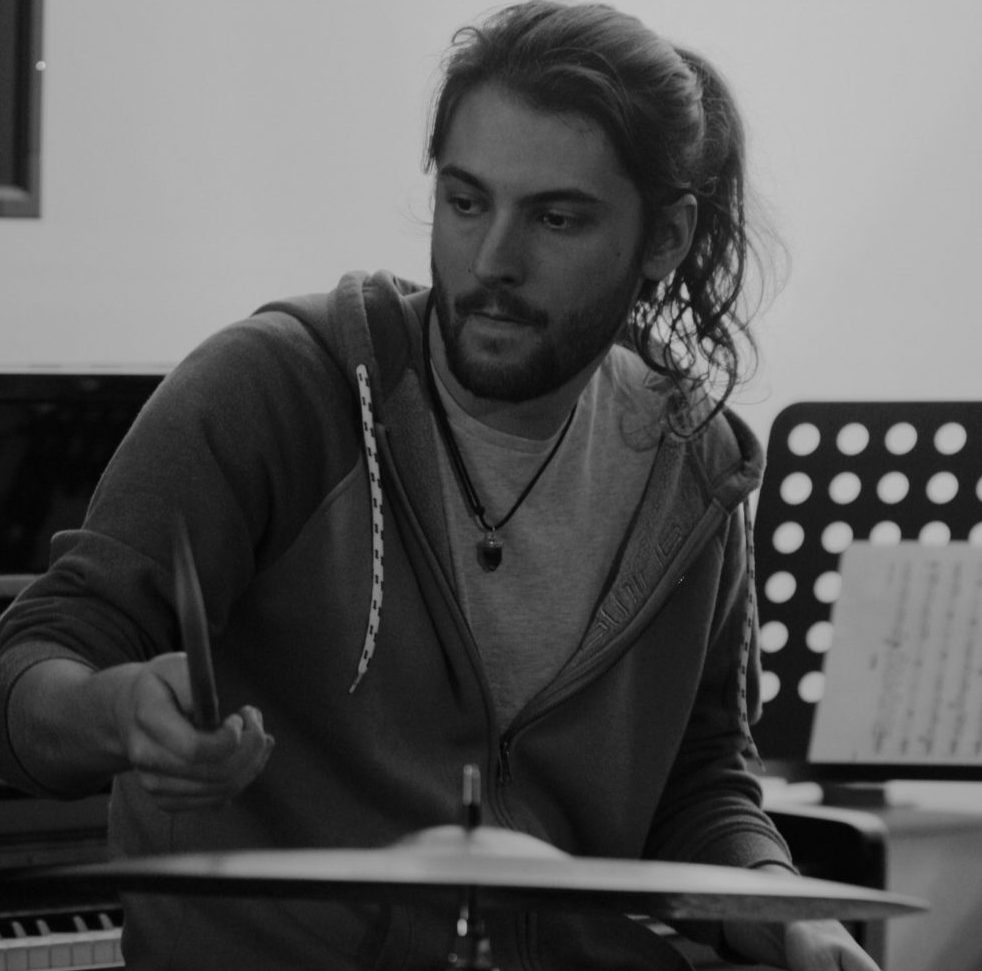 Chris has 14 years experience playing and performing, and 6 years experience teaching. He is dedicated to sharing his love for music, and has studied a wide variety of genres, including metal, rock, jazz, reggae, pop, funk, and more. 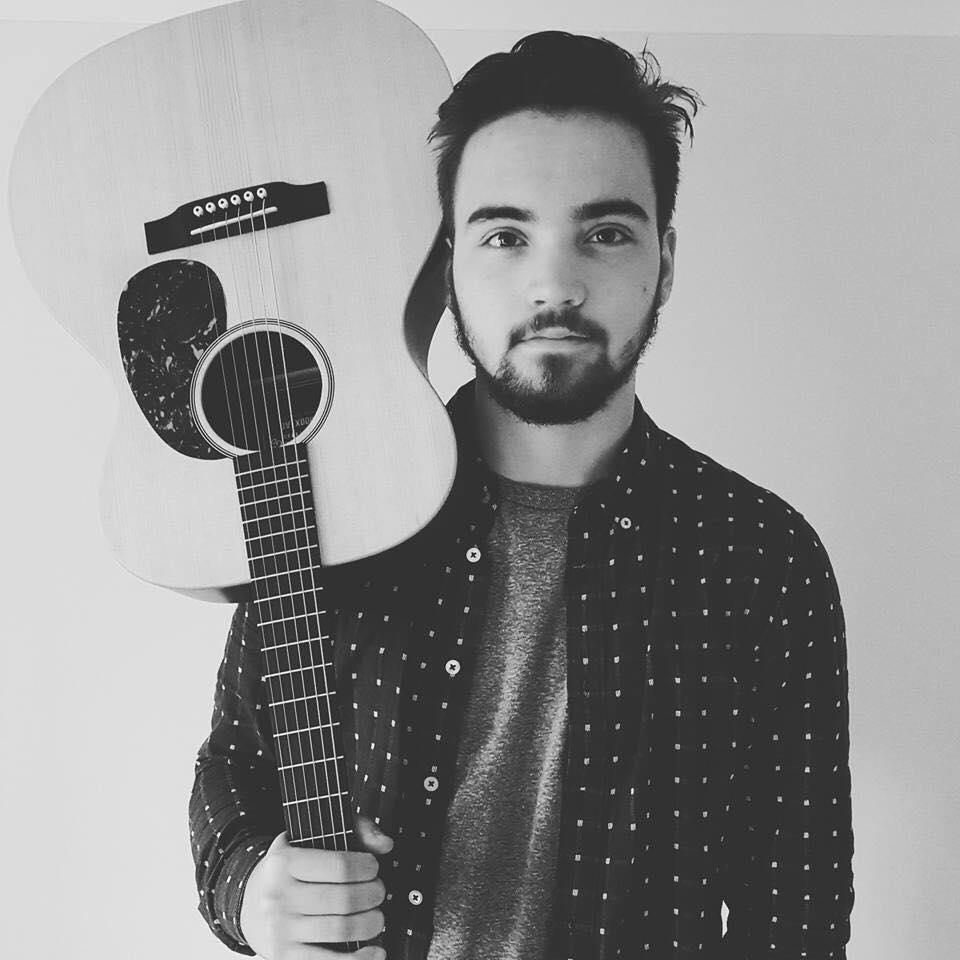 Dan is a multi-instrumentalist Singer-Songwriter. He extensive performance experience with both his band and as a solo artist. Dan is involved with an artist development programme, working with original young Singer-Songwriters in a Brighton based Recording Studio. 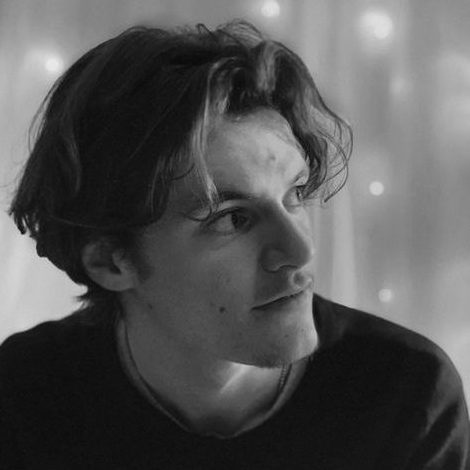 James is a producer, pianist and singer/songwriter with experience in a wide spectrum of musical styles and genres. He developed his particular love for jazz and electronic music whilst at school. James is currently studying Electronic Music at the Guildhall School of Music. 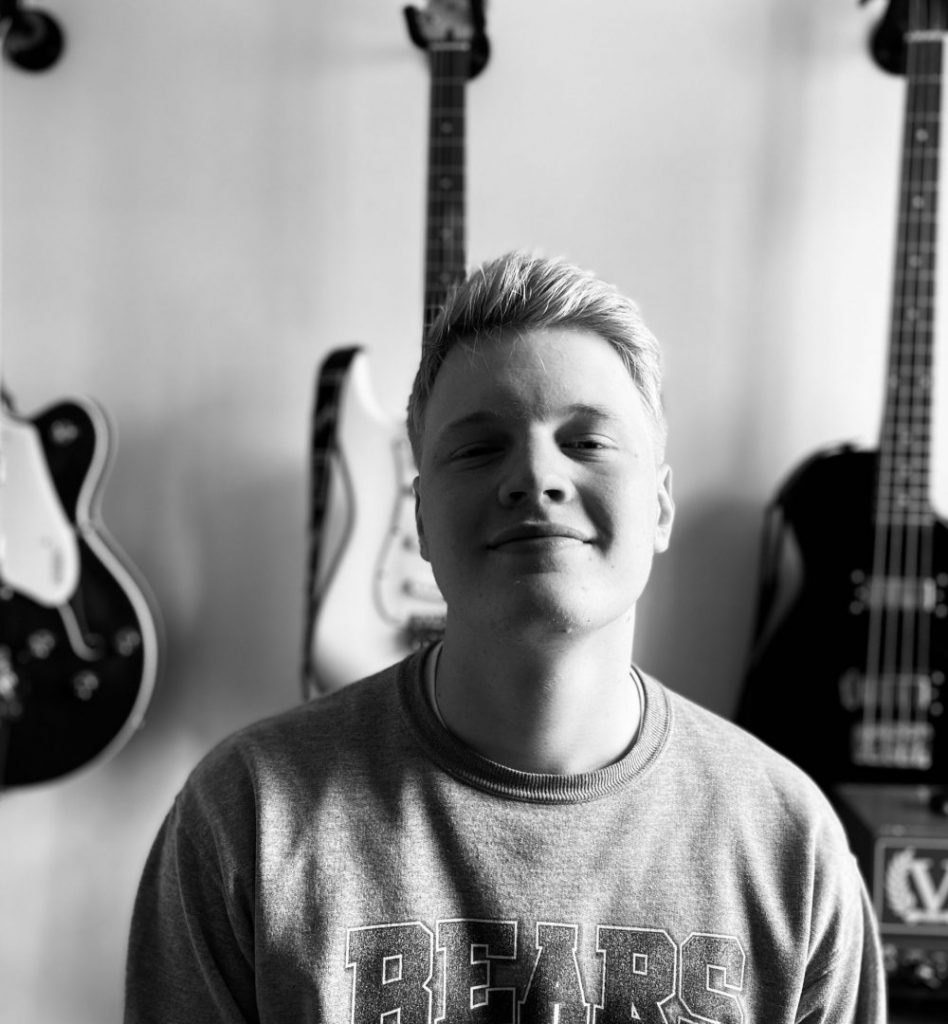 Robbie began playing guitar as a student of CMA back in 2011 and since then has been in multiple bands exposing himself to Pop, Rock and folk music in venues along the South Coast. He has been studying music since High School and has recently completed a BA Hons Degree in Commercial Music. 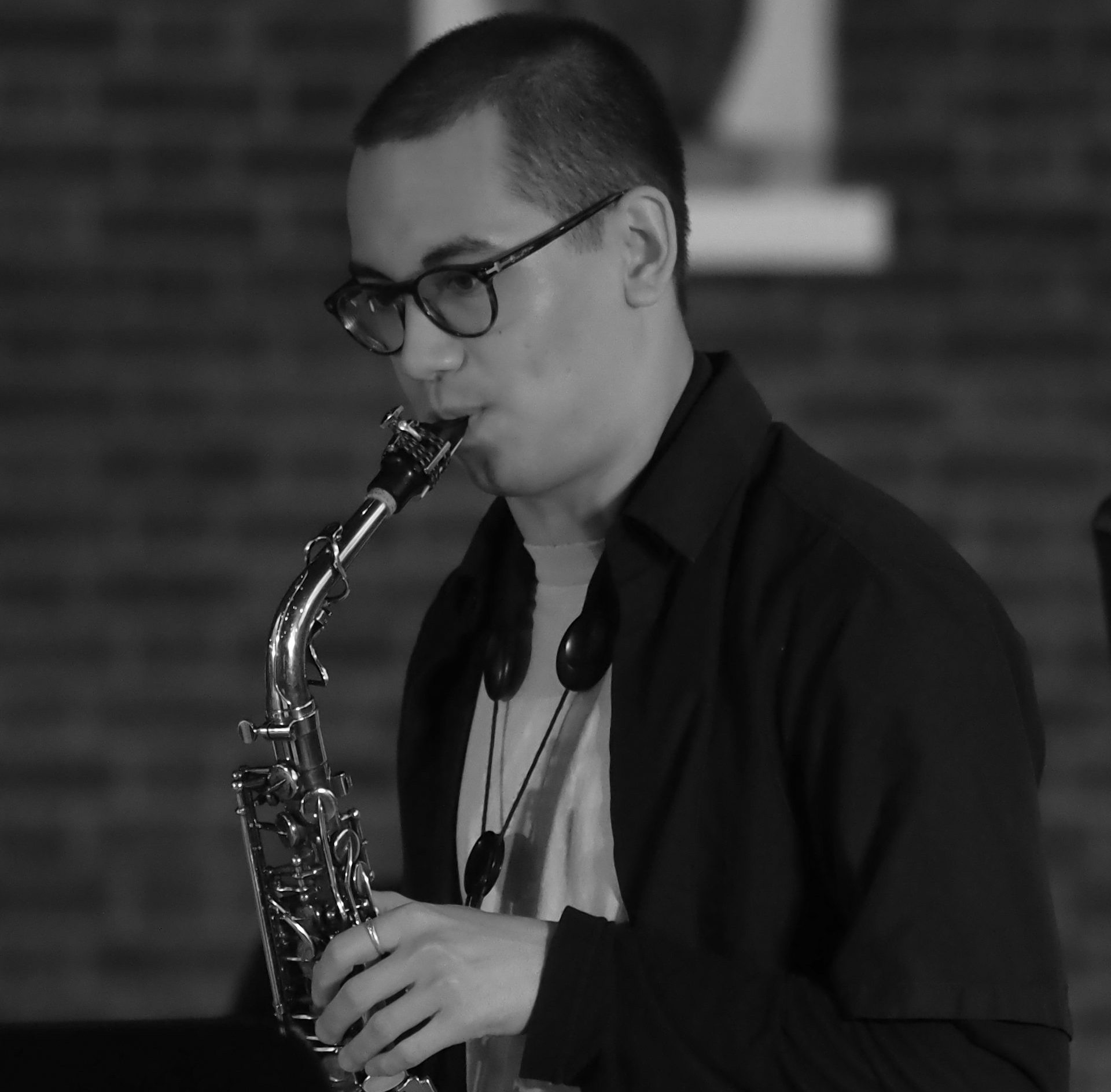 Tom has over 10 years of experience as a Saxophonist, playing jazz as well as classical music in big bands, concert bands and orchestras as well as more intimate settings with Jazz Quartets. Tom is in his final year at University of Chichester studying Jazz Performance and regularly gigs in the local area, Portsmouth and Brighton.

The following Tutors are currently unavailable due to other working commitments: 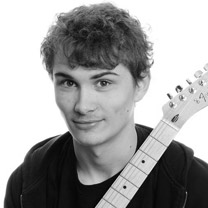 Fraser Groves is a passionate guitarist and popular teacher. He has completed a degree in Jazz at University of Middlesex. His performance experience includes gigging with his own band and session work. 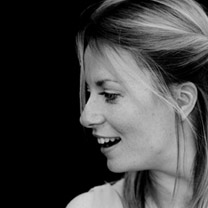 Laura has been teaching piano and singing (and violin!) for over 15 years. Laura is fully qualified with a BA Honours Degree in music and she has performed throughout the UK at numerous events. 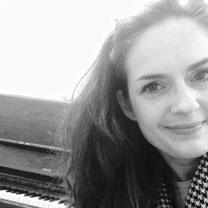 Hannah graduated in 2003 with a music degree and has been teaching for over 10 years. She plays electric fiddle/keys with her band as well as being a member of the Chichester string ensemble. She regularly plays piano for a secondary school for their annual musical theatre shows as well as running a weekly small string group. 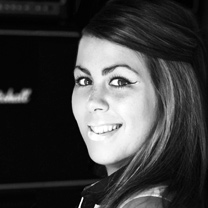 Daniela has been a singing teacher for the last 10 years specialising in commercial styles which include pop/rock/soul/Rnb/gospel and Jazz and has a Masters degree in Commercial music performance. Daniela is also a singer/songwriter and has played her own music in many venues around the country.